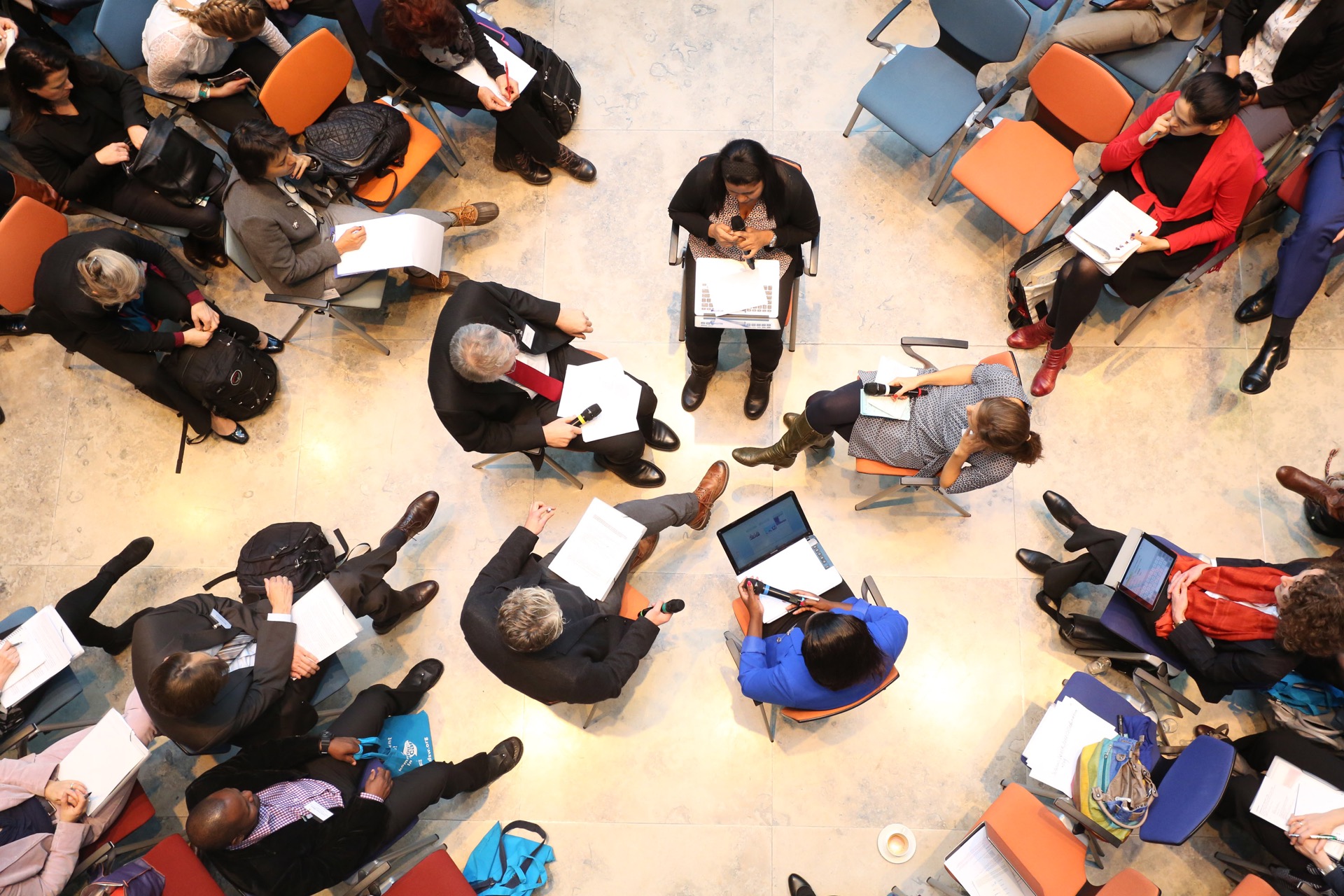 Strategies for better harmonisation and participation, and improved data quality

On the second day of the conference, the Executive Director of DSW (Deutsche Stiftung Weltbevölkerung) Renate Bähr welcomed the delegates back. “The accountability architecture, especially the HLPF, is still evolving,” she told the audience. She encouraged them to use the International Dialogue to improve their strategies and personal knowledge and thanked them for turning the dialogue into a meeting place for inspiring people from around the world. She said the Dialogue has now become “a space of open conversations and joint strategising and an opportunity to build and strengthen networks that contribute to advancing SRHR at the national, regional and global level”. She closed by adding, “We need these spaces more than ever.”

The format of the second day was dedicated to enabling an exchange of knowledge between delegates. They were invited to participate in a ‘fishbowl discussion’, which is a format for facilitating dialogue between experts that allows others to hear the exchange and add their own comments, while expanding collective understanding. Stuart Halford, Senior Representative to the United Nations in Geneva at The Sexual Rights Initiative, Isabel Maina from the Kenyan Ministry of Health, and Mangala Namasivayam, a Senior Programme Manager with the Asian Pacific Resource and Research Centre for Women (ARROW), were the first experts to offer insights into methods for linking existing and new review mechanisms.

Mangala Namasivayam was invited to share her thoughts on both new and emerging follow-up and review mechanisms, such as the High Level Political Forum (HLPF). “From the onset, we as civil society have expressed reservations on this modality, where the focus has been on review and follow-up instead of more monitoring and accountability,” she explained. “We felt there could be a lack of bite in terms of governments being allowed off the hook.”

In order to solidify and strengthen civil society voices within the available mechanisms, Namasivayam is working with other groups across the Asia Pacific region. There, the main platform for review is the Asia Pacific Forum for Sustainable Development (APFSD), which is meant to feed into the HLPF. “But we feel there needs to be better integration”, she warned. “There has not been much linkage from the APFSD to the HLPF.”

In order to make better use of the opportunities still provided within the APFSD, civil society in the Asia Pacific region has created the Asia Pacific Regional CSO Engagement Mechanism (RCEM) “This allows for cross constituencies to gather and come up with more unified voices to demand accountability at the APFSD. We did that to ensure that the civil society voice is unified,” Namasivayam added.

The UPR as a blueprint for monitoring

Stuart Halford was asked to comment on the suggestion that the Universal Periodic Review (UPR) be used as a blueprint for monitoring the Sustainable Development Goals (SDGs). Halford also saw potential in the UPR, explaining that it has been quite successful in holding states accountable in regards to human rights - particularly gender, sexuality, and reproduction issues. He highlighted the fact that issues related to SRHR are one of the most commonly made recommendations throughout the process. “The good points of the UPR are that it's universal, all states are treated the same regardless of size or political influence, it's open to the raising of any human rights issues, and that gives us opportunity to talk about SRHR,” Halford said. He added that the UPR involved a lot of high level political people, which amplified the political will for the process. “It seems states do take seriously (the recommendations) they accept for implementation at the national level.”

He praised the UPR for its transparency, the provision of opportunities to monitor state positions, and the relatively straightforward process for civil society participation. That said, he acknowledged that there is a great deal of competition for space and it's a very time limited review. Moreover, the process can be highly political, with state raising easy recommendations for their allies and very hostile recommendations for states with which they have a political grievance. Finally, there are concerns about the effectiveness of the UPR because of a lack of accountability for the implementation of accepted recommendations.

Capacity building for effective use of data

Isabel Maina, from the Kenyan Ministry of Health, discussed the work of the Health Data Collaborative and the need for harmonisation of data flows. Global leaders, she explained, are increasingly focused on trying to improve the efficiency of investments in data. “Most countries invest in data, but it’s disjointed.” She pointed out that in the African region particularly, statistics offices were out of touch with local level health trends. “We need to strengthen the capacity of statistics offices in the countries,” she said.  She warned that available statistics in some regions were years out of date, meaning comprehensive information about what is happening outside of health facilities is unavailable in some areas. Other delegates were invited to join the conversation. Remaining in the African region, one delegate said working with parliamentarians had been particularly effective for improving accountability.

The fishbowl discussion thus allowed for debate and disagreement, and a vibrant exchange of knowledge. Delegates were pleased with the results. “There are so many commitments and review processes,” said Tikhala Itaye from the African Youth and Adolescents Network on Population and Development. “We’re failing to implement commitments on the ground, because governments are overwhelmed with reporting and this has compromised implementation,” she said, adding that the fishbowl had taught her a lot about the importance of working at the local level.